Today I want to announce a new kind of series on the blog: Davy Jones’ Locker – best in miniature wargaming. 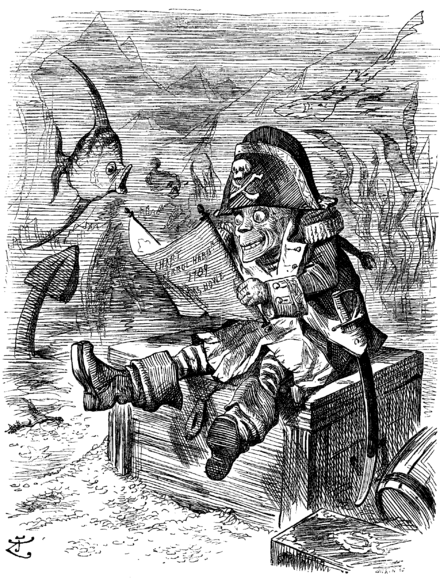 I guess most of our readers are familiar with the meaning of Davy Jones. It is an idiom for the bottom of the sea.  More specific, it is a euphemism for drowning or shipwrecks. In the result, the drowned sailors are sent to Davy Jones’ Locker.

So what is it all about?

The idea is to show you some of the best stuff produced by other people in our hobby. Mostly I will show you awesome terrain pieces, beautifully painted miniatures and stuff like that. Rarely there will be also news about our hobby. But let’s be honest, there are dozens of news site on the web, so there is no need for another one.  I am also more focused on stuff produced by hobbyists, not companies or commercial painters. So let’s start with the first issue!

I know what you think, that’s a commercial product, Davy! But let’s be honest, Joeseph seems to be a nice guy and we all love Frostgrave. So I had to pick it. Besides new rules and other stuff it contains Alone in the Crypt – a solo Frostgrave scenario-  and The Catacombs of the Evrenbright – a three scenario mini-campaign. I will give it a try mostly because of the new scenarios.  Reading campaigns and scenarios, whatever rules set used, is a great way to bring your hobby to a new level because there are so many ideas which you can bring into your own games.

Pick #2 – Making a real map for your campaign

Recently I watched the Terrain Tutor on Youtube. Great content and a great host. I am picking up tips & tricks from Mel for my own builds. But this time I was especially thrilled: for The Legends of Fabled Realms, Mel was building a campaign map. Yes, he is building a real 3D map. While the idea is pretty obvious, I personally never thought about it. So have fun watching the 4 videos on Youtube. Maybe you get inspired too.

It is designed to allow platoon-level skirmishes in a more advanced historical setting than the official Rampant games. […] It should also be noted that the existence or involvement of aliens is not a required component in such a game; […] As this is a supplement, rather than as a standalone game, assume that all rules in the Dragon Rampant rulebook apply to games of Xenos Rampant, except for where specifically tweaked in this document.

Personally, I had no experience with any of the Rampant games, but a friend of mine is persuasively trying to convince me to give Lion Rampant a try. Well, he owns Dragon Rampant as well, so maybe one day I give Xenos Rampant a try too. Since then, I will just try to spread the word so that Richard gets some feedback from players. You can get the supplement for free on his blog. 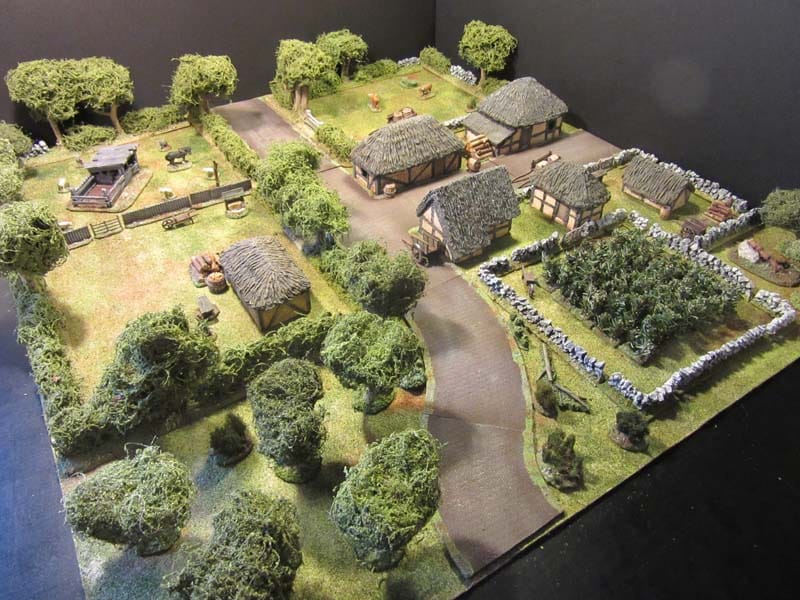 The last pick is an AAR from Vagabond published in the LAF. He used the Chaos in Carpathia rules and adapted them to his own setting. His AAR is a great read and the pictures are just fabulous.

First of all, I love the table. The whole concept of the table is great. There is a lot of scenery on the table, but nonetheless, the table doesn’t look packed. Vagabond made a great job here, balancing cover and space to move. In my opinion, the table looks pretty realistic and harmonic.

Vagabond also had a smart idea to make the buildings playable. He printed out sheets with the ground plans of the houses. So there is no confusion, where the figures actually are after they enter a building.

That’s it for this issue. I hope you like the picks. If you have questions or suggestions for future issues just leave a comment. Highly appreciate it.